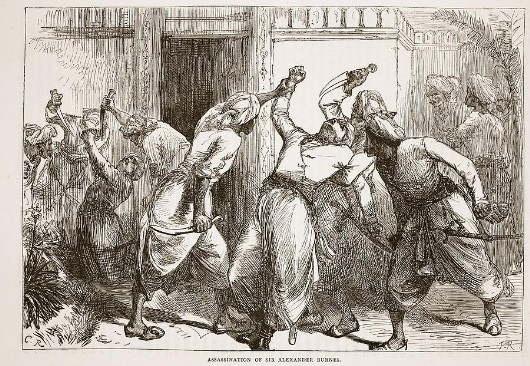 The death of
Alexander Burnes in Kabul
The term was coined by Conolly and popularised by Kipling
The term ‘Great Game ‘ was  first coined by Lieutenant Conolly, in  a  letter to a  friend describing his journey into the area between the Caucasus and the Khyber. This was the area that Britain and Russia would fight to gain influence and control over for much of the c19th, and remains to this  day  an area  of interest between the great powers of  the day. The area was physically inhospitable and politically inconsistent so that it would be difficult for any major power to gain and hold influence or control. Just as with the Cold War, of the post war period, Britain and Russia sought to establish control using espionage and military might but unlike the Cold War, neither country was able to completely dominate the region and to this day the region remains an area that is hostile to alien powers despite an invasion of Afghanistan by western powers in 2001 and a continued presence in  the country.
Conolly was one of the first British officers to be sent beyond the confines of India’s north west  frontier when he returned from leave in England to  India, travelling via  Moscow and the Caucasus and observing all he could of the Russian  army before donning a  disguise and travelling  through the region between the Caspian  and the Aral Seas, then controlled by the rulers of city states like Khiva, Bokhara and Balkh. Although it was Conolly who used the term ‘Great Game’ it was Kipling who popularised the term in his great novel of the ‘Great Game’ Kim, published in 1901.
Like the Cold War, the Great Game came about as a result of perceptions held about Russia by politicians and military leaders and not necessarily what was likely to happen. The origins of British perceptions can be traced to plans that Napoleon of France had to invade India and the attempts to involve Russia in these plans and then the subsequent expansion of the Russia Empire into central Asia. It seemed to British politicians that the ultimate goal was control of British India, the focal point of Britain’s empire. 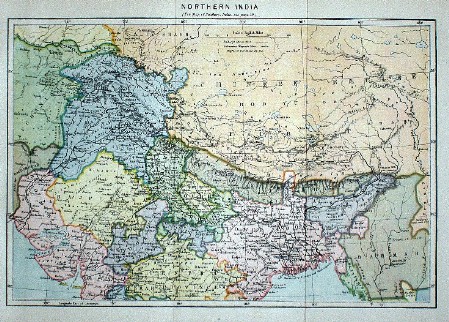 The focus of the Great Game was central Asia
Russia and France colluded to invade India
Napoleon in wanting to defeat Britain recognized the importance of India to Britain and became obsessive in wanting to destroy the source of so much of Britain’s wealth. In 1898 a large Napoleon  army had  landed in  Alexandria, Egypt, intending  to march through Egypt and then on to India via Persia.  Tipu Sultan of Mysore had been informed of Napoleon’s plans but these plans came to nothing as first Napoleon’s fleet was destroyed by Nelson at the Battle of the Nile in 1898 and then Tipu Sultan was himself defeated by the British and killed in  1799. Napoleon has to change his strategy and he concluded a treaty with Persia before concluding a treaty with Tsar  Alexander of Russia at Tilsit in 1807 by which Russia and France would together invade India. Napoleon’s plan was for 50,000 French troops to march across Persia and Afghanistan and join forces with Alexander’s Cossacks before moving on India.
This threat to India never materialised as Napoleon and Alexander II fell out and Napoleon  was to invade Russia in 1812, an  invasion which marked  the end  of his period of European dominance. The possible future threat of an  invasion by Russia though was taken  seriously by Lord Minto, Governor General of India, who decided to secure the support of the leaders of those territories adjacent to western India, namely Persia, the Punjab, Sind and Afghanistan. Emissaries were sent to these leaders  - the first moves in the Great Game.
Russian expansion in to central Asia
For the rest of the century, Britain would try to win the friendship of the leaders of these territories and also all those tribal areas which lay in or adjacent to the semi-circle of land that lay from the Persian Gulf through Afghanistan, the Hindu Kush and the Himalayas round to Nepal and Tibet and Burma. As Britain sought to win influence in this region the Russian Empire was steadily expanding southwards towards India. By 1830 Russia had extended her empire in the Caucasus as far south as  Azerbaijan before concentrating  her efforts eastwards towards the Muslim khanates  of Khiva, Bokhara and  Khokland. Their efforts were initially thwarted because of the harsh conditions in the deserts and mountains west of Khiva but by the 1880s, the Russian advance became relentless with the khanates falling one by one to Cossack forces. 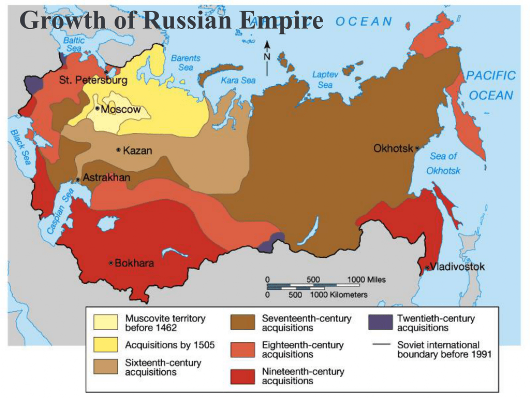 Just a few hundred miles separating the British and Russian empires in 1900
Despite Russian assurances that this was not part of a grand scheme to move on India, the gap between Russian forces north of Afghanistan and British forces in India was narrowing. With each khanate’s conquest concern in London and Calcutta grew. In 1800 these was 2000 miles separating British and Russian forces, but by 1900 the gap was a few hundred  miles, and even less in the  region  between Afghanistan and present Tajikistan.
At the beginning of this struggle for influence in central Asia, both Britain and Russia knew very little about the people of the region or the land and its climate. Much of the ‘Great Game’ was therefore about trying to find out as much as possible about routes through the area and who and which families controlled the land. Maps didn’t exist and had to be produced by men travelling in disguise. The progress and presence of Russian soldiers had to be monitored and reported and likewise the Russians were intent on knowing what the British were up to.
The men who ventured into the deserts and mountains of central Asia were largely professional soldiers, young and seeking adventure, often Indian Army officers or political agents sent by Calcutta. They were committed to the ideology of the ‘Civilising Mission’. Arthur Conolly became a victim of ‘the Great Game’ for he was executed in Bokhara along with Charles  Stoddart in the central Asian  town of Bokhara in  June 1842. They had both been sent to Bokhara by the East India Company (which governed British India) to negotiate an alliance  with the  Amir of Bokhara against the Russians. Stoddart had been sent first but was incarcerated in the Amir’s dungeons, and then Conolly was sent to rescue Stoddart. The Amirs of the central Asian towns were all suspicious of any European and the information they were seeking making such missions extremely dangerous.
Conclusion
Men like Conolly and Stoddart were trying to extend British influence beyond the Hindu Kush and the Himalayas. The support for such forward policies was encouraged by a number of books and the memoirs of those who unlike Stoddart and Conolly survived. There was though opposition to the policy of extending British influence and control outwards from India. There were many who  believed  that  the Russians would never be able to send a sizeable army over huge mountain ranges, cross wide rivers, survive the extreme cold of  the central Asian  winter or the waterless deserts.it made more sense to control the  easily defendable passes through the mountain ranges. This policy of ‘masterly inactivity’ was cheaper, did not require the conquest of numerous fiercely independent  tribes or involve having  extended  lines of communication. 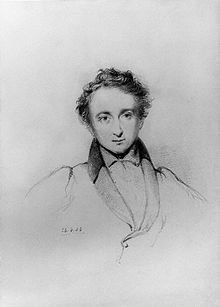