Go to content
Why should we study
the British Empire? 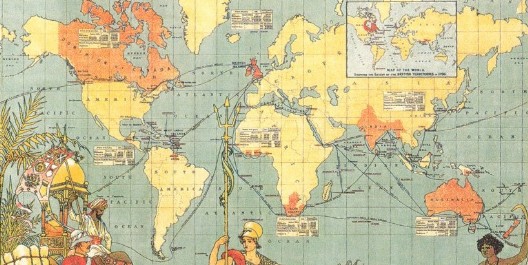 For too long as a nation we have failed to take the British Empire seriously as a historical topic. Serious debate has been confined to academia and those schools that teach one of the few courses on the British Empire. The mainstream media seems happy just to discuss whether statues should stand or fall and to debate the Empire in terms of how evil it was. We have failed to look at the real themes of empire eg why, how and by whom it developed, the nature of empires, and their legacy. Real debate about the British Empire has been stifled by self-righteous activists who believe that it should be judged on moral terms using contemporary values as if we hold the moral high ground. To base history on attempts to try and come to some moral truth, would mean the subject loses all objectivity. We must accept the past was different and that our job as historians is to explain why and how it was different. This website attempts to look at some of the key questions about the British Empire and consider answers to these and other questions that we need as a nation to be considering rather than for reasons of our own sensibilities, not confront the realities of empires, then and now.
Without an understanding of the British Empire we cannot understand the world in which we live. The British Empire at its height ruled over a quarter of the world's population with territories in every part of the world. There wasn't a part of the world that it did not touch and the areas marked red on classroom maps were just the tip of the iceberg, with Britain's informal empire arguably more important than the official empire. The British Empire affected the course of western civilisation and influenced the development of every territory it came into contact with.
The world has been shaped by the British Empire
The world today would look very different had there not been a British Empire. A large proportion of the world's boundaries reflect the way Britain divided up and administered  her colonies, and the legacy of those boundaries still causes tension in part of the world, particularly the division of India by the British in 1947. British parliamentary and judicial institutions still exist in many parts of the world as does the British education system. In many former colonies you will still see today children going to school in uniforms introduced by the British.
The British did not just have an impact on those living in the territories of the Empire. It also affected the lives of those living in Britain, both during the time of Empire and in subsequent decades as we have seen during the recent Brexit debate when there was a call in some quarters for a return to the days of Empire.
The Empire made Britain the most powerful empire the world had ever seen. A glance around out streetscape will result in all kinds of reminders of the part once played by empire -from statues of imperial soldiers and administrators to streets named after them. Our food and architecture would be very different today without the influence of empire. The contribution of soldiers from the empire in two world wars certainly affected the outcome of those wars and our sport would look very different without the participation of Australia, the West Indies, India, South Africa and New Zealand. British people have numerous links with people from former colonies of the empire and although those territories now have  more diversified populations the links are still strong. British churches maintain strong links with former territories of the empire and much of Britain's foreign aid is targeted at former colonies.
Globalisation
We hear much talk today about the impact of globalisation on people's lives but to understand globalisation we need to study the British Empire of the c19th for it was during Britain's Imperial century that trade became truly global with Britain abandoning mercantilism and embracing free trade.  Having repealed the Corn Laws and Navigation Laws, Britain adopted free trade and encouraged its trading partners  to do so as well. Britain became a nation dependant on trade importing over 30% of her foodstuffs and over 60% of her raw materials whilst of her exports 85% was made up of finished goods. The relationship was very much a mutually dependant one. Britain became not just dependant on the Empire but on many other countries for her raw materials and foodstuffs. 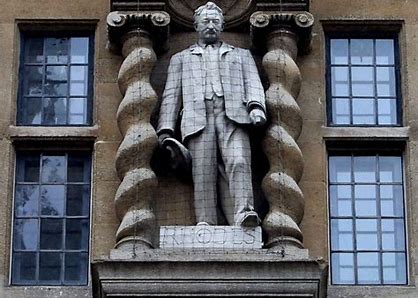 Should the statue of Rhodes at Oriel be taken down?

An outline history of the Empire 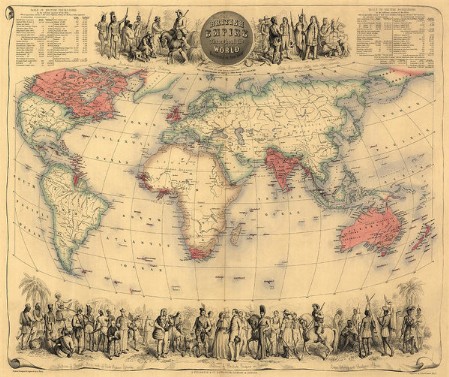 The views of historians on the Empire
Back to content